*Anyone can use the internet to make false accusations.

*Some people will believe anything they read online or in print.

The book about my attacks is now available in paperback 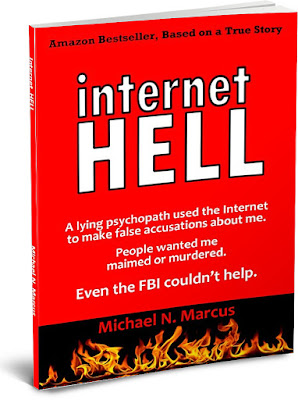 Back in 2012 I published an ebook, Internet Hell, about my attacks. It is now available as a paperback -- which can be read without electricity and is easy to give as a gift. It's more up-to-date than the ebook, too. It quickly reached high positions on two Amazon bestseller lists.

The book includes a fictionalized back story about the likely attacker, the truthful story of the attacks (with screen shots), the aftermath, recommendations for those who are similarly attacked, and an appropriate joke.

What's this all about? On Friday, 6/25/10, someone started an extensive, dishonest and well-crafted online smear campaign against me. He or she used multiple phony names, multiple websites including Facebook, and mass-messaging, falsely accusing me of some terrible crimes.

This blog tells the story. If this is your first time here, the story may make more sense if you read the oldest entry first (maybe at the bottom of this page, or on another linked page) and work your way up.

Something nice about me: "Just for the record -- my sister and I spent our childhood years with Michael and his amazing wife. I have left my children in the care of Michael and Marilyn. Michael and Marilyn have been true role models and have always seen that children get what they need, both financially and emotionally.... I can truly say that Michael would lay down and die before he would hurt anyone, especially a child. Check the websites. Call the police -- there's nothing there. " (D.R.)

An important lesson about cars, drinks & drugs: Several people who became aware of my sad situation early, advised me to keep quiet "until it blows over."

I decided to be more proactive, and quickly started this blog as a counterattack, hoping that anyone investigating the bogus claims would find my side of the story and believe me, or at least investigate further.

General Motors ignored reports ("Unsafe at any Speed") about the handling of the Corvair. Ford ignored reports about dangerous Pinto gas tanks. Both car brands are long gone.

Perrier delayed response to claims that benzine was in their bottled water, and people drank contaminated Perrier for months before Perrier issued a recall. The company's reputation was hurt greatly.

OTOH, in 1993 Pepsi immediately and boldly reacted to reports of product tampering and achieved strong media coverage and public support. The reports were hoaxes, and the trouble was over in two weeks.

In 1982, Johnson & Johnson was faced with a much bigger problem: seven people in Chicago died after taking poisoned Extra-Strength Tylenol. J&J responded immediately, and proved that the poison was added to the products in retail stores, and that there was nothing wrong with the manufacturing process. Several important media experts predicted that the Tylenol brand was dead, but J&J's rapid and proactive intervention saved the brand, which is an extremely popular painkiller today.

I drink Pepsi and use Extra-Strength Tylenol, and am following their examples in crisis management. I urge others to do the same. If you wait until the bad news blows over, you may blow over, too.

If you are portrayed as a perpetrator, it's important to show that you are a victim!

(below) Stories I'd Tell My Children (but maybe not until they're adults). Amazon.com 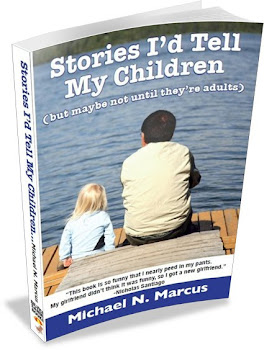 (Below) I'm writing my book about my ordeal. I hope the last chapter will be about my attacker going to jail. 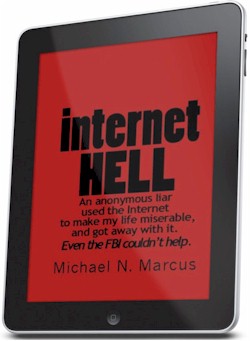 MY BLOGS (some are on hiatus):

BookMakingBlog is where I discuss writing, editing and publishing, and other things that interest me or piss me off.

OH, how stupid! provides an occasional look at some of the stupidest things done by human beings.

DialZero provides a look at what's silly, stupid or surprising in telecom.

WeLoveClams is for people who love clams